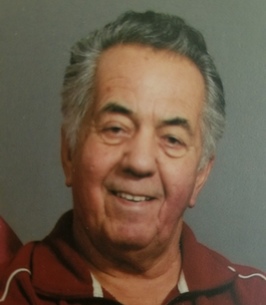 With deep sadness we share that Walter (Wally) Giba passed away unexpectedly on September 3, 2022, at the age of 88.

Wally was born in Fort Garry, Manitoba on November 2, 1933. One of six children, he moved to Fort William with his family at the age of seven. As he completed his education at Selkirk High School a young (Helen) Ruth Manty caught his eye and a 66 year love story began. Wally quickly showed his hard-working spirit via a humble start selling ice cream to support his young bride. As the Giba family grew, so did Wally’s career. Subsequent to joining Great Lakes Forest Products he spent eight years in the wood room, eventually moving into the company’s fire department and finally taking on the role of Assistant Fire Chief. He retired after 25 years of dedication to the mill.

Family was Wally’s first love but fishing and hunting also brought him great joy and provided the push for him and Ruth to build first their retirement home at Whitefish Lake, and then to become entrepreneurs as the owners and operators of Last Resort. Their business at the lake paved the way for many new friends and lifelong connections as they welcomed guests from near and far. Happy memories include rides on the pontoon boat, corn roasts featuring the bounty of Wally’s garden, evenings playing cards, and relaxing end-of-day visits to the sauna Wally built along the lake. Managing the resort provided Wally with endless energy - a testament to his hard-working spirit.

Wally was a prolific gardener. It was always a treat to eat a late summer meal at the Giba house as fresh produce graced the table. The many pounds of “excess” that were passed along to friends and family were a testament to how greatly Wally enjoyed sharing with others.

Wally had a quick wit, always ready with a joke and a smile. It was fun to share in his light-hearted banter.

The family will share a private Celebration of Life. Condolences may be sent through Simpler Times.

Should friends so desire, in lieu of flowers, donations may be made to Options Northwest or to a charity of their choice. Arrangements have been entrusted to Simpler Times Cremation Centre, 575 Central Avenue, Thunder Bay.