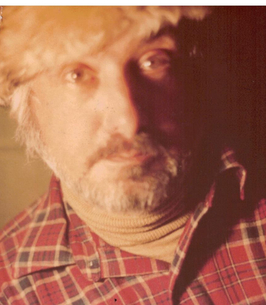 John Giertuga, age 82 years, passed away at Southbridge Roseview on September 3, 2022. John
was born May 28, 1940 in Port Arthur, Ontario. As the oldest in the family, John was a nurturer
— looking after his brothers and sister especially after his brother Stephen died. In his earlier
years, John and the boys would trap muskrat on the farm and fish just down the road.

First and foremost, John has always been an outdoor kind of guy — give him a canoe, a pup
tent and he’s happy. But a man has to earn a living, so John worked for the Manitoba Grain
Elevators until he retired. The majority of his adult life, he lived in an apartment on Adelaide
Street where he did apartment maintenance for a time. He loved to be in the kitchen and over
the years, has prepared many a gourmet meal for family and friends. He was an avid reader of
non-fiction.

Cars, trucks and boats were big in John’s world and he owned many outdoor vehicles. At one
point he built a specialized “cart” to hook up to his bike — an ingenious way to carry his
“kitchen” with him whether it was for a camping trip or a day excursion. On his own or with a
friend, John loved nature — hunting, fishing, or just being out in the wild, that’s John!

>From a young age, John was very artistic. He started out with simple sketches but progressed
quickly to screen printing — eventually settling on oils. He enjoyed photography and the
results were often used as inspiration for his art. His wood-working skills were exceptional and
wood carving became a passion. Not only did he make wooden wall art, John made knives as
well as a crossbow —he called it the Scorpion! John was always creative and inventive!

Should friends so desire, donations may be made in memory of John to the charity of your
choice. A private family gathering will be held at some point in the future.
Arrangements have been entrusted to Simpler Times Cremation Centre, 575 Central Avenue, Thunder Bay.