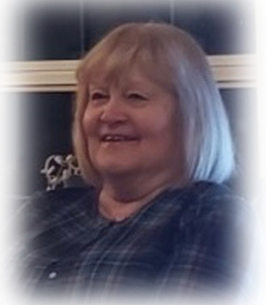 It is with heavy hearts that we announce the unexpected passing of Mrs. Carol Ann Kennelly,
aged 78 years, on Sunday, September 4, 2022, at home.

Carol was born November 1, 1943, in Fort William and was raised in Slate River. She
attended Kingsway Public School and Selkirk Collegiate and Vocational Institute. While in
high school, she met her soulmate Jim Kennelly, and five years later, on August 29, 1964,
they were married at St. Thomas Anglican Church, where Carol had been a long-time
member. Together, they raised two daughters. They just celebrated 58 years of marriage.
She worked as a secretary at Dunwoody accounting, and once the girls were both in school,
she became a school assistant at Agnew H. Johnston Public School. She loved working in the
school and being around children throughout her career in the 80s and 90s. One of the best
parts about working at Agnew was the annual grade eight class trip.  Carol was able to travel
to Toronto with the graduating classes where they would attend baseball games and cheer on
the Toronto Blue Jays, for which she was a diehard fan.

The most important thing in Carol's life was her family. She enjoyed spending time with them
whenever possible and endlessly spoiling her children and then her grandchildren.  As her
children moved away, Carol looked forward to spending the summers and holidays with them
when they came home.

Carol was predeceased by her parents, Ed and Rose Walberg and her brother-in-law Bill
Smith.

Funeral Services will be held at 9:30am on Saturday, September 10, 2022 at St. Thomas Anglican Church with the Rev. Jonathan Blanchard officiating. Private family interment will follow at Riverside Cemetery. Visitation will be held Friday evening from 6:00pm until 8:00pm in the WESTFORT CHAPEL, 420 West Gore St.

If friends so desire, donations made in honour of Carol to St. Thomas’ General Fund and
Mission or a charity of your choice would be welcomed in lieu of flowers.