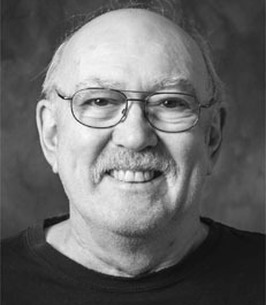 Rick was born on May 12, 1946 in Fredericton, New Brunswick. He moved with his family as a young boy from the Maritimes to Ottawa, then North Bay and eventually Thunder Bay as a young adult.

He spent the first half of his career in the financial loan industry but found his true passion later in life, becoming a master chef in his fifties. He loved recreating many Brown family recipes for his customers. Rick was the chef at the Blue Parrot restaurant for many years until its close. After retirement, he proudly continued to prepare his secret tzatziki sauce and caesar salad dressing recipes for family and friends.

Over the years Rick had a number of health issues, but he had an indomitable spirit and lived his best life despite them. We often joked that he had nine lives (or more) and it was a shock to us all that he had finally used them all up. Even in the end, Rick was an example of strength and dignity and left us on his own terms.

A very heartfelt thank you to the entire ICU family at TBRHSC who got to know him far too well over the years. He specifically wanted us to thank all his nurses for “putting up with his sh*t”. We are sure his ‘thank you’ batches of caesar salad dressing will be missed.

Rick also wanted to thank his many physicians over the years who provided him with exceptional care and helped him live his full nine lives. He had many, but a special thanks to Matt Holmes, Zaki Ahmed, Kathy Simpson, Joe Delpagio, Moira Mangatal, Owen Prowse and Frank Nigro. Thanks also to Ken Blonde, Philip George and Eric Davenport for their care and compassion during his final ICU stay.

As per his wishes no formal ceremony will be held, but he would wish for a toast in his name with your finest rum or cognac. Those wishing to do so can make a contribution in Rick's name to the TBRHSC Foundation.