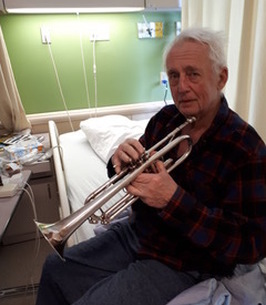 Robert John McClure, a life-long resident of Thunder Bay, died on July 25, 2022, at the age of 82 from complications of a stroke.


He was predeceased by his parents, Robert and Bernadette McClure. He is survived by his sister Heather, brothers Barry and David, and nephew Mathew.


Like some others of his generation in Thunder Bay, Bob lived a lone-wolf’s life of hard work and much harder play. He worked in heavy construction in Alberta and in the mines of Thompson, Manitoba ( where he broke his back under the blow of a falling timber and witnessed a worker’s death from a runaway minecart). Things greatly improved when he joined the Teamsters. Later, Bob worked in the grain elevators and on the railways of Thunder Bay. His last “out west“ job was in Fort McMurray.


He loved to drive. It gave him velocity and distance. A natural raconteur, he always celebrated the funny and the true with a rumbling chuckle that drew people in. A favourite story was about a drive along the Florida coast during a spectacular storm that “was beautiful and it was chaos, and it wasn’t my fault!”.


He loved airplanes and flying. For a time he held a commercial pilot’s license and was most at ease in the pilot’s seat at the controls. He also soared when playing Dixieland jazz on his trumpet. Louis Armstrong was his true North Star.


Another favourite story he told was of blowing his trumpet late at night to initiate a call and response session with the wolves on the outskirts of Kakabeka Falls. The next day he would slip into the Stanley Hotel for a beer and to revel at the locals complaining that “ some damn fool got the wolves going last night!!”.


Internment will be at a later date. The family wishes to thank the many Thunder Bay health professionals who provided excellent care to Bob in his declining years. Deep gratitude also goes to his good neighbours, Randy and Sharon, who were his guardian angels during the difficult times.

Pick up your horn Bob, the wolves are pacing