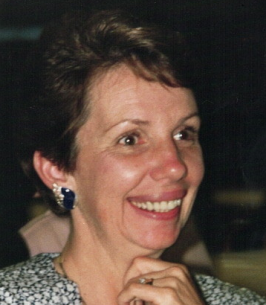 Lois was born in Fort William on January 29, 1948 to Frank and Frances Margaret Robski. She was educated locally, graduating from Selkirk High School in 1967.

Following High School, Lois attended McKellar School of Nursing, spending 2 years in residence and graduating as a Registered Nurse in 1969. She worked in various areas of medicine before beginning her career with St. Joseph's Care Group in 1989. This was where she found her true calling, concentrating on the needs of the terminally ill and providing compassionate care to those dying and their families.

Lois recognized that the needs of palliative patients required special resources and expertise, leading her to devote herself to the development of a Hospice Unit at St. Joseph's. She talked to other centres to see how their facilities were set up, determining what would work best for the Thunder Bay region. Lois was very proud of St. Joseph's Hospice and because of Lois' hard work and dedication, it has become nationally recognized. She was also instrumental in the creation of a palliative care course at Confederation College, where she was an instructor. Lois presented it to a variety of students, both mature and those fresh out of high school.

In recognition of her work to expand and support palliative care in Canada, Lois was honoured with the Companionate of Merit from the Military and Hospitaller Order of Saint Lazarus of Jerusalem, a 900 year old charitable organization. She was truly surprised and shocked to be valued for something she had the pleasure of doing as a way of life.

Lois met Jim at summer school in 1965 as they both had to upgrade their high school French grades. They remained a couple until they were married on September 26, 1970, creating a home and raising 2 sons together. She was happiest to be around her family, especially spoiling her 2 grandchildren. She loved entertaining and never missed an opportunity to have large parties with relatives and friends. Lois enjoyed travelling to southern destinations like Hawaii. After retirement in 2003, time was spent in Lake Havasu City, Arizona where many friends were made. She also loved to go to the log cabin at the family Camp on Lake Superior at every opportunity, as well as camping with her family in the tent trailer at various parks across Northern Ontario.

Lois was a compassionate, kind, generous and creative person that truly made a difference in people's lives. She will be deeply missed and never forgotten.

Lois is survived by her husband Jim; her children Jason (Debbie) and Tim (Ashley) Blundon; her special grandchildren Nolan and Lucas; sister Donna (Bill) Demidovich and their children Jody, Dee Anna and Sean; brother-in-law Bob (Lee) Blundon and their daughter Bobbie, as well as other extended relatives.

She was predeceased by her father Frank and mother Frances (nee MacLeod) Robski as well as her in-laws, Bill and Helen Blundon.

A Celebration of Lois' life will be held on Tuesday, August 16, 2022 at 2:00pm in the WESTFORT CHAPEL, 420 West Gore Street at James. Tributes will be offered followed by a reception.

Should friends so desire, in lieu of flowers, donations made in memory of Lois to St. Joseph's Care Group – Hospice Unit or the Thunder Bay and District Humane Society would be greatly appreciated.