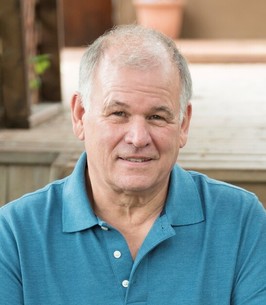 It is with profound sadness we announce the passing of, Donald Fredrick Chesterman at the age of 70, on July 25, 2022, at Hogarth Riverview Manor. After a long fight with Alzheimer’s disease, Don passed away with family and friends at his side.

Don was born February 21, 1952, in Port Arthur to Gloria Lennea, and William George Chesterman. He was the oldest of four boys (Bill, Tom, and Bob).
Don grew up on Knight Street and attended Prospect Elementary School. At the age of 11, Don’s father passed away suddenly leaving Don the man of the house. These were hard times for the family and they moved up North, to Pickle Crow, to be with their grandparents who ran a fish processing camp. It was during this time that Don learned and never forgot the importance of family. After a year of living up North, the family moved back to Knight Street. To help provide for his family, Don would ‘hunt’ and ‘fish’ with his father’s old friend and neighbor Reg MacDonald. For years, these two were partners in crime providing all the necessary protein for his family, and this was just the beginning of Don's life of wild adventures.

During Don’s teen years, he went to Hillcrest High School. Don was an avid sportsman that played hockey and football. He quickly gained a reputation for quick hands. It was at the age of 17 when he met the love of his life Karen Valerie Spillett. They were inseparable. They made a handsome couple, the big dashing, dark-haired, hockey player and the pretty, little redhead. They were married on May 21, 1973 and they had countless adventures camping and traveling.

On December 31, 1978, their son, Andrew Lee was born. At this time, Don and Karen were living in their first home on Red River Rd. After a complete renovation, they were able to purchase their forever home on Fairbank Cres, where they raised their family for the next 40 years.
On February 8, 1981, their daughter, Marcya Dawn was born. These were great times for Don. He had his million-dollar family and a great job at MacMillin Bloedel, making chipboard while working his way up into management. Don and his ‘MB’ crew were instrumental in helping curb the 1985 forest fire that threatened Rosslyn Village.

Don always wanted a place in the wilds to call his own and in 1987; he fell in love for the second time with the family camp ‘Tall Pines.’ The camp is on Kabaigon Bay Rd on Shebandowan Lake, and with the help of in-laws Jack, Valerie, and sister-in-law Judy Spillett they purchased it. This was when the real work started and Don and Jack set at it clearing land, knocking down outbuildings and rebuilding them, roofing, building docks, and pouring concrete stairs, paths, and walls to create a priceless paradise for their family.

As a huge surprise to Don in 1989, MB closed and Don had a choice: move with the company or stay in Thunder Bay. Don chose to stay in Thunder Bay and took a job at Lakehead Newsprint as the Production Manager, where he worked for 30 years until his retirement at the age of 60.
As a second huge surprise his third child, daughter, Katelyn Anne was born on December 2, 1990. All of Don’s children played hockey and during their hockey careers, (‘Andy’, ‘Muffy’, and ‘DiDi’), Don played a pivotal role standing behind the Defensive Bench as a coach. Don loved hockey and coaching it. All of his years of playing for the Port Arthur Mars, the Vulcans, and the Lumber Kings made him a superb coach who had a real knowledge of how the game was played.

It was in the early years on Kabaigan Bay that Don found his third love in life – Bob Turner. These two, camp neighbors, quickly became fast friends and embarked on a whirlwind of adventures with each other. Whether they were down rigging for giant lake trout on Lake Nipigon or pulling them through the ice on Greenwater Lake, traveling to the tropics, or countless other moose and duck hunting trips, to shooting trap at the Thunder Bay Trap and Skeet Club Wednesday nights and eating grill cheeses and drinking draught beer at the Stanley. These two were thick as thieves. Moreover, in almost all of Don’s adventures, his son, Andy, was at his side, learning from a master, how to be a man.

Don loved his adventures with friends and family, hunting, fishing, camping, building, and traveling until Don and Karen were both diagnosed with Alzheimer’s. The couple moved into retirement living at Chartwell Glacier Ridge in 2017 to enjoy their final years together. As the disease progressed, Don moved to Hogarth Riverview Manor, 7 South, where he was treated like a king. The family would like to give a special thank you to all the staff that helped in his care. You did an amazing job, especially under the circumstances of the last 2 years. An extra special thanks is extended to Zelda who went above and beyond in Don’s care – Thank you so much.

Don was a kind and caring man that was always ready to lend a helping hand and was good at everything he tried. Don was tough but fair and was un-naturally strong. He was an incredibly smart guy, that had an amazing ability to remember and recall obscure facts and was a human calculator. Don was the life of the party and always had a smile on his face. All will sorely miss him!

There will be a celebration of life Wednesday, August 3 2022 at the Victoria Inn from 6:30 to 9:30 pm.
If you would like to make a donation in Don's name, please consider the Alzheimer’s Society of Canada. Arrangements have been entrusted to Simpler Times Cremation Centre, 575 Central Avenue, Thunder Bay.