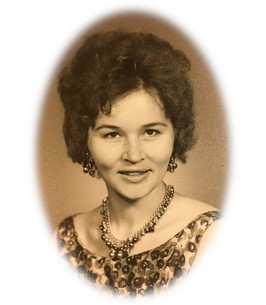 Lisa was born in Uukuniemi, Karjala, Finland, on July 28, 1930. After being displaced from their home in Karjala during the Finnish Winter War (1939 - 1940), her family relocated to Kopsa near Raahe in northern Finland.

Lisa had a happy, carefree life in her new home. After grade school, she attended finishing school which lead to a passion for fashion and design. She applied her talent to designing clothes for herself and her children as well as creating unique rug designs on her loom. She made an attractive home for her family as fashion and design did go hand in hand for her. In her late teens, Lisa met her future husband, Henry Eino Lukkaroinen (Roine). Shortly after their marriage, Henry left for Canada to make preparations for a new life for themselves. In the summer of 1950, Lisa joined Henry in Port Arthur, Ontario. Soon after, they welcomed their first daughter, Helen. In the years following, five more children completed the family.

While raising their children, Mom helped Dad in his contracting business building family homes in Port Arthur. Over time they purchased lake property and, as with many Finlanders, the first building constructed was the sauna. Together, Mom and Dad built a summer place at Sandstone Lake for their children and all the grandchildren to enjoy. When we were young, we spent our entire summer holidays with mom at camp. Picking blueberries was a big part of her Finnish tradition which she enjoyed into her 85th year. When not at camp, Mom and Dad spent many Saturday nights dancing at the Finlandia Club with their friends.

Mom spent many winters in Florida as a snowbird. She was an avid traveller crossing the Americas and Canada many times from California to the beaches of Cape Cod, as well as visiting her daughters in British Columbia and Sarnia. On one memorable trip with her granddaughter and great grandchildren she watched the eclipse of the sun amidst ancient Mexican ruins. She returned to Finland and Sweden numerous times to visit relatives. If mom was ever bored and the words vacation, ‘kahvi aika’ (coffee time), Mexican Train or Canasta were ever mentioned, she was more than keen to participate because she was always up for adventure. She truly loved her family and wanted nothing more than family surrounding her even to the very end.  She will be sadly missed.

The family would like to thank Dr. Spicer for years of excellent care and the wonderful staff and nurses at TBRHSC in ICU and 3B who made Mom’s last days comfortable and peaceful. Also, special thanks and gratitude go to the staff at Jasper Place.

As per Lisa's wishes, cremation has taken place and a private celebration of life will be held at a later date. Arrangements have been entrusted to EVEREST FUNERAL CHAPEL, 299 Waverley Street at Algoma.

If family and friends desire, donations can be made to the Heart and Stroke Foundation or to a charity of their choice.