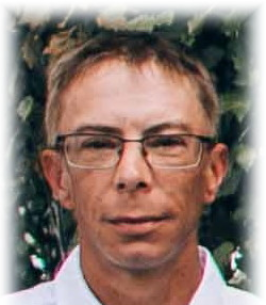 Mathew was born in Toronto to parents Sandi and Nigel Jackson. After moving to Hymers, he attended Kakabeka Falls Public School and Westgate Collegiate High School. He enjoyed the outdoors – fishing, mountain biking, camping, and enjoyed snowboarding and crazy GT rides on the hill behind our house. Mathew excelled working with his hands, tinkering with his motor bike and bicycle. Mathew worked at a variety of jobs where he was able to use his practical knowledge.

Mathew was predeceased by his mother, Sandi Jackson (Trowell); and grandfathers Bruce Trowell and Norman Jackson.

Mathew endured many hardships in life which included struggles with drugs and alcohol. In lieu of flowers, if friends wish to honour Mathew’s memory, donations may be made to the Sister Margaret Smith Center in Mathew’s memory.

We would like to thank a friend who stood beside Mathew for the last couple of months of his life and who was with Mathew in his last moments.

A private ceremony with immediate family will take place after cremation. Arrangements have been entrusted to Westfort Funeral Chapel, 420 West Gore Street at James.

May the road rise up to meet you.
May the wind be always at your back.
May the sunshine warm upon your face;
the rain fall soft upon your fields.
And until we meet again,
may God hold you in the hollow of his hand.

A special thanks to the Staff at Everest who were there to support our family through this difficult time.