To share your memory on the wall of Mr. William \"Bill\" Gelevan, sign in using one of the following options:

Provide comfort for the family by sending flowers or planting a tree in memory of Mr. William "Bill" Gelevan

Provide comfort for the family by sending flowers or planting a tree in memory of Mr. William "Bill" Gelevan

The family of William (Bill) Michael Gelevan sadly announce the passing of their father, on Tuesday, April 27th, 2021 in (only) his 97th year of life.

The family of William (Bill) Michael Gelevan sadly announce the passing of their father, on Tuesday, April 27th, 2021 in (only) his 97th year of life.

Born in Kriva, Czechoslovakia, “Bill from over the Hill” survived many war adventures supporting the allies as part of the Czech resistance and made his way to Canada once hostilities ended, settling in Fort William. He married Emily Kuzminski in 1953 and was employed as a farm hand, aircraft repair tradesman and ultimately as a Sheet Metal Worker. They settled in their home in the Green Acres neighbourhood to raise their family of four.

Bill enjoyed singing with a Ukrainian male choir in Fort William as well as fishing and tinkering with motors. Gardening and talking about world current events occupied the later years of his life. After the death of his wife in 2018, he relocated to the Walford Retirement Home where he found new joy and appreciation for the care he received. It was a life “beyond his expectations”.

Bill was predeceased by his parents Michalo and Maria and siblings Joseph, Peter, Michalo, Milana and Anna.

Interment has taken place in Riverside Cemetery and a celebration of his life will be scheduled in the future once covid travel restrictions are lifted.

Donations are being accepted for: ST. JOSEPH'S CARE GROUP.

We encourage you to share your most beloved memories of Mr. William "Bill" here, so that the family and other loved ones can always see it. You can upload cherished photographs, or share your favorite stories, and can even comment on those shared by others.

Posted May 02, 2021 at 09:08pm
What a perfect picture of Bill. Whenever we saw him he always had time to talk and always had a beautiful smile to give us. We lived down the street from him and Emily. When we would walk our dog down the back lane, Bill would often be in his backyard and garden. When tomatoes were ready, we always got enough to satisfy our appetite. He was always kind to us. In the later years, I had visited a friend of mine at the Walford and saw Bill there. We sat and had a coffee in the dining room. Bill was a gentleman and always had a story. I'm sure Emily is catching up right now with him. We are truly sad for his passing. We will remember him with love and smiles. Sincerely with heartfelt sympathy- Diane and Jerry Boyer
Comment Share
Share via:
RA

Posted May 01, 2021 at 09:24am
Our deepest condolences to Dan, Christine and family. Our thoughts and prayers are with you during this difficult time. Rob & Teri Aiken
Comment Share
Share via: 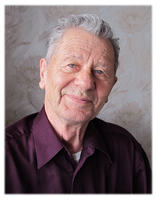 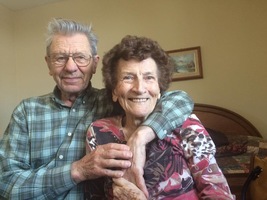 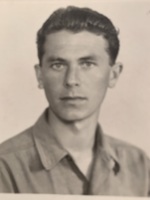 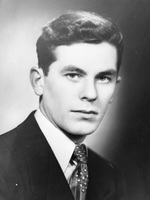