To share your memory on the wall of Mr. Robert Law, sign in using one of the following options:

Provide comfort for the family by sending flowers or planting a tree in memory of Mr. Robert Law

Provide comfort for the family by sending flowers or planting a tree in memory of Mr. Robert Law

Bob was born in Fort Frances, Rainy River District, Ontario on July 22, 1950 to Theresa Mary and John James Law. Bob met Glenda Gurney and they were married on May 24, 1974. He started out working underground in the Inco Mines in Shebandowan before going to work at MacMillan Bloedel. In 1988, Bob started his own business, “RJ Law Millwork” and he truly enjoyed it, making many friends along the way. In 2006, Bob decided to change things up, and he started driving long-haul for Manitoulin Transport, retiring on April 1, 2020.

Bob had a passion for woodworking, spending time outdoors and physical activity such as cycling, running, hiking, rowing and cross country skiing. He loved spending time camping and boating with his family. Bob's greatest joys were his grandchildren and he always looked forward to time spent with them.

He was a member of many organizations including Thunder Bay Cycling Club, Big Thunder Ski Club, Kamview Nordic Ski Club, Thunder Bay Rowing Club as well as making his numerous bicycle trips to RAGBRI in Iowa and GRABAAWR in Wisconsin.

He was predeceased by his parents, Theresa and John Law and his father-in-law Jack Gurney and sister-in-law Lori Gurney.

Due to the current pandemic restrictions, a Celebration of Bob's Life will be held at a later date, when all of his family and friends can gather in his yard and have a bon fire.

You will forever be missed “gentleman” Bob.
Read Less

We encourage you to share your most beloved memories of Mr. Robert here, so that the family and other loved ones can always see it. You can upload cherished photographs, or share your favorite stories, and can even comment on those shared by others.

Posted Mar 01, 2021 at 03:16pm
When Bob retired and returned back to being active (cycling, skiing, hiking) with his friends, we shared his 70 birthday in July of 2020 in his yard. And, he proudly showed us this fantastic sculling boat that he built. What an awesome craftsman!
-Frank Pollari

I'm so sorry for your loss. You are in my thoughts.

Posted Feb 23, 2021 at 09:38am
Glenda and Family,
We were very saddened to learn of Bob's passing. We have many fond memories of our short time spent in Vickers Heights and many of them involve you and Bob as a young, growing family who were so dedicated to making the community a great place for all to live. Later, during my years at the Old Fort, it was so great to get reunite with Bob through his wood working business and the see all the amazing items he produced for Old Fort William.
Our sincere condolences, John and Debbie Sims
Comment Share
Share via:
BM

Posted Feb 21, 2021 at 08:35pm
Glenda and family. We were so sorry to hear of Bob's passing. We have many fond memories of fun evenings spent at Jack and Norma's with you, Bob and friends. Stay strong, Brian and Lynne Mattila.
Comment Share
Share via: 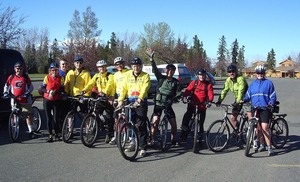 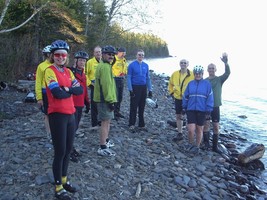