To share your memory on the wall of Mr. Norman Weir, sign in using one of the following options:

Provide comfort for the family by sending flowers or planting a tree in memory of Mr. Norman Weir

Provide comfort for the family by sending flowers or planting a tree in memory of Mr. Norman Weir

The family of Mr. Norman Ray Weir are deeply saddened to announce his passing at the age of 76 on Sunday, February 14, 2021 in St. Joseph's Hospital, Thunder Bay, Ontario.

The family of Mr. Norman Ray Weir are deeply saddened to announce his passing at the age of 76 on Sunday, February 14, 2021 in St. Joseph's Hospital, Thunder Bay, Ontario.

Born in Toronto August 11, 1944, Norm grew up on the family farms in Markham and West Gwillimbury. He attended Bradford District High School. Throughout his life, Norm loved travelling and meeting new people. He would strike up a conversation with just about anyone.

In 1971, Norm met his future wife, Eila Määttä, on the beach of Ft. Lauderdale, Florida. A long-distance relationship flourished and they married in December 1972. In 1974 they welcomed their daughter, Yolanda. Having spent the first years in Toronto, the family moved to Bond Head, then to Lefroy and eventually settling in Oro township near Barrie, Ontario. In 2010, Norm and Eila moved to Thunder Bay to be closer to their daughter, son-in-law and grandchildren.

For most of his career, Norm was a proud transport truck driver, working for Imperial Roadways for fifteen years and lastly long distance hauling for TransX until his retirement at age 60.
Norm and Eila enjoyed spending time at their cottage near Burk’s Falls and later their “camp” outside of Thunder Bay. After retirement, they became “snow birds” and for many years they travelled to Palm Harbor, Florida to soak up the sun with new friends.

Norm was happiest spending time outdoors, enjoying long walks through the bush, chopping wood, cutting grass and shovelling snow. He was a lifelong Habs fan and had a passion for hockey, playing right up until the pandemic. He also enjoyed golfing, curling and playing pool. You would often find him playing Scrabble or chess with his family and various friends over the years. Norm was very proud of his grandchildren, spending quality time taking them to various activities, watching sports on television together and playing outside. He especially enjoyed going to the rink to watch them play hockey.

Funeral Services for the late Mr. Norman Weir will be held privately on Wednesday February 24, 2021 in the EVEREST FUNERAL CHAPEL, 299 Waverley Street at Algoma with the Rev. Susan Ivany officiating. A recording of the services will be available on the Everest of Thunder Bay website the following day.

As directed by the Province of Ontario and the Bereavement Authority of Ontario, the attendance is restricted and a record of attendance must be maintained. Wearing of masks or face coverings by everyone and maintaining social distancing of 6 feet is mandatory for those attending.

If friends so desire, donations may be made to a charity of your choice.
Read Less

We encourage you to share your most beloved memories of Mr. Norman here, so that the family and other loved ones can always see it. You can upload cherished photographs, or share your favorite stories, and can even comment on those shared by others.

5 trees were planted in the memory of Mr. Norman Weir

3 trees were planted in the memory of Mr. Norman Weir

Posted Feb 24, 2021 at 09:01pm
Sending our deepest condolences to you Auntie Eila, Yolanda,Craig, David and Andrew. The loss of Uncle Norm is heartbreaking, I will always cherish the great memories of times spent together in my childhood and adulthood. You will be missed❤️ Love Laurie & Jamie oxoxo
Comment Share
Share via:
LH

Posted Feb 24, 2021 at 05:45pm
My deepest condolences to Eila, Yolanda & families in the loss of Norman, a man of wit
& wisdom, full of fun and all, in his midst, were demonstrated his kindness, generosity and unconditional love. We, Dunkerron College grads, will keep in our memory dear Norm’....
....precious memories remain.
Comment Share
Share via:
KM

Posted Feb 24, 2021 at 02:34pm
Condolences to Eila and Yolanda on the passing of your husband and dad. Ron has great memories of Norman and his brother helping on the Mills farm at harvest time. He was amazed at how strong the boys were and how fast they could run to catch up to the wagon when they jumped off in the field!! Sincerely Ron and Karon Mills
Comment Share
Share via: 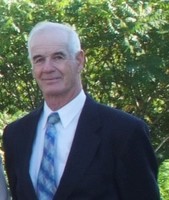