To share your memory on the wall of Mr. Martin Goldberg, sign in using one of the following options:

Provide comfort for the family by sending flowers or planting a tree in memory of Mr. Martin Goldberg

Provide comfort for the family by sending flowers or planting a tree in memory of Mr. Martin Goldberg

It is with profound sadness we announce the unexpected passing of Martin Joseph James Goldberg at home on
February 11th, 2021.

It is with profound sadness we announce the unexpected passing of Martin Joseph James Goldberg at home on
February 11th, 2021.

Martin was born on January 25, 1941 in Sturgeon Falls. He was one of 9 children. He grew up with his siblings
Lianne, Mary, Florence, Margaret, Evelyne, Rita, George and Howard.

A true "mountain man" he was most happiest and content in the bush. This included too many to count fishing
and hunting excursions, plus camping at McKirdy and his son's camp on Mawn Lake. Sometimes we even camped
on any hunting roads in his old blue van with the flowered curtains Fusaye made for it.

On October 6, 1962 in Nipigon, Martin married his loving and devoted wife Fusaye (nee Motomura). They
were blessed to raise Wayne. Martin was very proud of his only son.

In 1989 and then 1992 Martin welcomed his grandchildren Erin and Craig Martin Goldberg. You could see that
he was full of pride and love for them.

For over 25 years Martin worked for various outfits as a heavy equipment operator. Fusaye accompanied him
on almost all jobs out of town. His skills were highly respected. He retired in 1998.

In his younger days he could be a scrapper not backing down from any fight. But family is what drove him. He liked to be
surrounded by those he knew and loved him best.

Back in the day parties at "Uncle Mart's" were family favourites. He could be the life of the party playing the banjo
or accordion or harmonica. He liked to have his musically talented family play or dance along with him.

Martin could be known as a prankster which extended down to his grandchildren. He was most pleased when he
could crack a smile on their faces (or anyone else's for that matter).

Martin could fix almost anything. He would patiently tinker on things in the yard or garage.
To say he was a worry wart was an understatement. He would want to know that everything was okay in our
world and everybody fine. To prove that, martin had a wondrous affinity for (and bought much more than needed)
of hunting knives, flashlights and tools......you never knew when Wayne or the grandkids would absolutely require a
good knife, a good light or any tool under the sun.

Martin had a tender heart for living creatures to a point that in later years he preferred to no longer shoot when hunting.
He always had dogs and his pets sure loved him back, He even fed the birds in the yards of whatever house he lived in
at the time. He had a crow posse that knew him and waited on the clothesline or fence post until they had him
in their sights taking food only from him. Martin would damn the darn pigeons though but they say, with sympathy,
"well, they have to eat too". So he fed them all.

Therefore, if it is anyone's wish to make any donation in Martin's name then please do to The Humane Society(Thunder Bay).

Martin is survived by his wife Fusaye, his son Wayne and daughter-in-law Paula, his granddaughter Erin Goldberg (Riley Nolan)
and Craig Goldberg (Megan). He has two great-grandchildren Aubree and Autumn Goldberg who delighted him.
Also surviving are his brothers Howard (Sharon) and George (Linda) Goldberg, his sisters Margaret St. Denis (Andre),
Mary Currier, Rita Chaboyer. He is also survived by numerous nieces and nephews and their families.

Predeceased by his father Oscar and mother Irene, sisters Florence Rose, Leanne Gascon and Evelyne Dumonski, and
his in-laws George and Tsunaye Motomura and sisters-in-law Rimi Baker and Kimi Gamblin.
He is survived by his fur babies Molly and Minnie who will sorely miss him. It is remembered that two others went before.
Trixie and Yuki because they were such a big part of his loving heart for many years.

At this time Fusaye and Wayne would like to thank the paramedic responders, the police officers and Thunder Bay
Regional Hospital for trying to bring Martin back to us. We further wish to express the utmost thanks to those who sent
food, flowers, cards, kind words, condolences and their phone calls.
Cremation has taken place. A celebration of life may occur later when family can gather to have a party that Martin
would have loved to attend. The numerous stories of this great man are happy, awe inspiring, funny and cherished.
Arrangements have been entrusted to Simpler Times Cremation Centre, 332 North May Street, Thunder Bay.

We love you Martin, dad and grandpa. Keep watching over us.
Read Less

There are no events scheduled. You can still show your support by sending flowers directly to the family, or planting a memorial tree in memory of Mr. Martin Joseph James Goldberg.
Plant a Tree

We encourage you to share your most beloved memories of Mr. Martin here, so that the family and other loved ones can always see it. You can upload cherished photographs, or share your favorite stories, and can even comment on those shared by others. 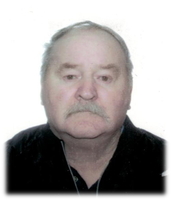 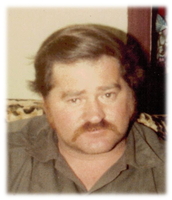