To share your memory on the wall of Mr. Roman Wronowski, sign in using one of the following options:

Provide comfort for the family by sending flowers or planting a tree in memory of Mr. Roman Wronowski

Provide comfort for the family by sending flowers or planting a tree in memory of Mr. Roman Wronowski

Roman was born in Dzialdowo, Poland on November 3, 1949. He lived there as a boy and came to Canada at age 16. His father Ted, owned European Bakery on Simpson Street and Roman would help him in the bakery. During a return trip to Poland to visit family, he met Anna Miszelski. He was smitten with her and even though he had to return to Canada – he promised to come back for her. They were engaged and married in Poland and again once they arrived in Fort William. Soon after they welcomed their children, Mark and Joanne.

Family meant everything to Roman, he would do anything for them. The family camp on Burchell Lake was a place to be together. Some of Roman's fondest memories were visiting with family and friends on the beach, watching his grandchildren play and just spending quality time with them. Fishing, quadding and being social (parties) were what camp life was all about. He liked making and smoking his own sausage and showing others how to – while making it a social occasion for friends to get together.

Roman valued his heritage and he and Anna returned to Poland many times to visit their families. Years after Anna's passing, Roman met Monika through close friends. Together they built a beautiful life. They worked in their yard, often him directing and her working. She planned his first “hot” trip to Mexico and he begrudgingly went, but ended up loving it.

Roman was a Heavy Equipment Operator, through his career he worked at a few different places, settling at Northern Wood, where he retired from in 2008 when they closed. He liked to have projects to tinker with in his yard or garage, he was most proud of his full restoration and rebuild of a 1942 Harley Davidson motorcycle and his 1971 Thunderbird.

Predeceased by his wife, Anna (2000) and parents Ted and Donna Wronowski.

Funeral Services for the late Mr. Roman Wronowski will be held privately on Thursday, February 18, 2021 in the WESTFORT CHAPEL, 420 West Gore Street at James led by Fr. Victor DeGagne of Corpus Christi Roman Catholic Church. Interment to follow in St. Andrew's Cemetery. A recording of the services will be available on the Everest of Thunder Bay website the following day.

As directed by the Province of Ontario and the Bereavement Authority of Ontario, the attendance is restricted and a record of attendance must be maintained. Wearing of masks or face coverings by everyone and maintaining social distancing of 6 feet is mandatory for those attending.

If friends so desire, donations may be made to the Thunder Bay Regional Foundation – Dialysis Unit.

A heart of gold stopped beating,
Smiling eyes closed to rest.
It broke our hearts to lose you,
but God only takes the best.
Read Less

We encourage you to share your most beloved memories of Mr. Roman here, so that the family and other loved ones can always see it. You can upload cherished photographs, or share your favorite stories, and can even comment on those shared by others.

Posted Feb 15, 2021 at 04:56pm
Dear Joanne, Mark, Monika & family,
We are so very sorry for Roman’s passing. We treasured his friendship since 1979! May your many wonderful memories give you comfort and strength in this very difficult time. We will miss his smile & quick wit. You are in our thoughts & prayers 💝
Comment Share
Share via:
JF

Posted Feb 15, 2021 at 12:54am
to Mark , Joanne and family. We became friends as you know all those years ago. Roman would drop in here once in a while , just to show me his latest purchase or sit and visit over a coffee or something a little stronger. We are so sorry for his passing . When you mentioned the old Harley, I brought out the photo I kept. I know and you do too Mark, the price haggling to reach an agreement. That was fun. Between you and I, Roman would have gone higher but the whisky was gone so we shook hands. He couldn't stop thinking about it for weeks before. Am glad he restored it. Our thoughts are with you at this very sad time. Sharon Pepin, Jim Forester

Condolences to your entire family on the loss of your dad. You have countless memories to remember him by. Thoughts and prayers during this time. Paulina and family. 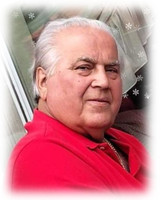 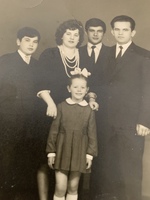